Humor-wise, author, humorist, and feminist, Dr. Gina Barreca, sees the world changing for women at work. “Humor from women,” she says, “is not only increasingly acceptable both individually and in a professional setting: it’s expected. It’s regarded as part of leadership skill-set. Humor is an indication of quick-thinking, careful listening, an ability to take controlled risks and the desire to play well with others.”
Here’s my advice for women about being funny at work: use humor strategically. See details below. There is evidence that a woman’s good sense of humor can benefit her career. When 200 executives were asked to name the qualities that kept women from succeeding, lack of a sense of humor was near the top of the list.
Using humor improves a woman’s chances of attracting power and credibility, but women should be aware of a double standard when attempting to inject some humor into a situation. A woman telling a joke is not likely be viewed with the same acceptance as a man telling the same joke. So says psychologist Steve Wilson, an internationally recognized authority on applied and therapeutic humor.
Viva la Difference?
Understanding the gender issues associated with humor helps women benefit from the strategic use of humor, which has traditionally been available primarily to men in the workplace.
·         Men and women have somewhat different senses of humor; women’s humor tends to be kinder than men’s.
·         Men will joke about almost anything (gratuitous humor); women’s humor tends to be empathetic, situational, or funny stories about the family or everyday life; creating harmony where there has been tension.
·         Men tend to be comfortable telling jokes to anyone who will listen; typically, women are more comfortable telling jokes to small groups of people they know well.
·         Women have greater social permission than men to laugh at even the smallest amount of humor. Men often feel a “masculine imperative” to make others laugh while also daring others to “make me laugh!”
·         In our culture, it is generally expected that the man will initiate the humor and the woman will be passive and receptive; and, men and women have different comfort levels about taking center stage or having power.
·         Men are more expected to be able to take “practical” jokes and dish them out.

Management consultant, Dr. Barbara Mackoff says that women in business need to show a good sense of humor. “In reality,” she says, “a woman can be funny and still maintain her credibility.”

Writing for FORBES about humor as a key to success at work, Jacquelyn Smith says, “Whatever the reason might be, if you or your colleagues tend to be dry and dull in the office, you’ll want to work on injecting more humor into your workday.”  Smith quotes Lynn Taylor, workplace expert, “You don’t have to be a stand-up comedian, but well-placed humor that is clever and apropos to a business situation always enhances an employee’s career.”
Showing one’s good sense of humor has advantages in hiring, promotion, and leadership opportunities. Long the hallmark of a pleasant personality, employees with a sense of humor are viewed as having highly desirable traits required of today’s leaders, executives, managers and supervisors: flexible, creative, and adaptable to change.
When you use humor you do not stop being serious about your responsibilities, values, goals, and beliefs; you show that you can take yourself lightly. Studies show that executives believe that employees with a sense of humor do a better job; and, CEOs prefer job candidates with a sense of humor. The two most desirable traits in leaders were found to be a strong work ethic and a good sense of humor.  Donna Couper, a business consultant, says, “Even in a job interview, assuming you’re qualified for the position, showing that you have a sense of humor will make your prospective employer feel more comfortable with you.”
Effective work teams develop a special form of group humor called “the inside joke”, a humor-in-common language that plays a bonding role, strengthening loyalty, and making the work environment more pleasant and, yes, more productive, too. 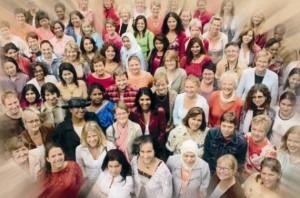 Much joking fits in with a competitive style that is more comfortable for men. Certainly, women do tell jokes, and many can do it well.  However, according to Professor Deborah Tannen, “Since [women] are not driven to seek and hold center stage in a group, they do not need a store of jokes to whip out for this purpose.” She also reported, “There are fewer such (story-telling) personalities among women than among men. Many women who do tell jokes to large groups of people come from ethnic backgrounds in which verbal performance is highly valued.  Many women are less likely than men to tell jokes in large groups, especially groups including men.”
Jenna Goudreau, FORBES staff writer about business and women’s leadership, calls the idea that humor is dangerous in the office is “old-school HR.” Rapidly going out of vogue are Victorian ideas about laughter and humor such as: women should always be able to take a joke but not get a certain innuendo; women should laugh along with the laugh track; smile perpetually; and, women should not laugh with their mouths open.
Advice For Women Using Humor At Work

1. Don’t merely imitate men’s humor. Women’s humor has the advantage of tending to be more personal and situational, with the effect of being harmonizing.

2. You do not need to tell jokes: a warm smile, a true story, the “Erma Bombeck” view of things, or a well-timed ad lib can bring even more benefits than jokes. Beverly Sills said, “I can’t be happy every day, but at least I can be cheerful.”

3. Use only humor that fits you, that fits the occasion and the audience, and when the time is right (not “too soon”).

4. Promote the use of humor in company newsletters and on bulletin boards.

5. Encourage “humor breaks” or times when everyone can lighten up for a few minutes.

6. If the joke has to be “on” someone, make it yourself, but NEVER belittle yourself with a joke.

7. Don’t poke fun at abilities, race, religion, gender or anything that other people couldn’t change in the next five minutes.

8. If you do decide to tell jokes, practice privately until you can tell them well.

CAUTIONS:Be wary of humor overkill. The “class clown” may be a distraction and barrier to teamwork. When it comes to humor, everyone must be sensitive and sensible. There is no place in the work place for humor that is sarcastic, ridiculing, uses taboo language, or is sexual, sexist, racist, age-ist, or otherwise puts people down. Use humor that lifts people up, and draws them together.