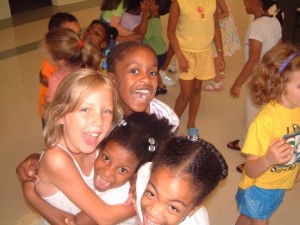 Being quite familiar with activity therapy in general as well as the specific applications of music, art, and recreation as therapeutic modalities, and with the help of astute scientists and practitioners in the field of applied and therapeutic humor and laughter, I was able to develop a therapeutic prototype based on a humanistic orientation toward what variously might be referred to as “sense of humor abuse” or “a deficiency of authentic laughter”. It contains psycho-educational activities, attitudes and techniques with which to effectively work with those who seek a therapeutic or remedial experience.

The presumption of trauma
The WLT therapeutic laughter program assumes that virtually everyone suffers from some degree of humor/laughter trauma. With rare exception, and most of the exceptions are people who have had or practice a therapeutic laughter type of program, I have never met a person who was satisfied with the amount of laughter in their life. It is common to hear, “Of course, we could use more laughter at work (or at home, or wherever). Who doesn’t need more laughter?”

I believe that this serious and nearly ubiquitous condition of laughter deficiency prevents people from getting the most enjoyment out of life, interferes with constructive human relations, and keeps us from being as healthy and happy as possible. In previous writing I have addressed the likelihood that there is a natural minimum RDA (Recommended Daily Allowance) of laughter, which I estimate to be about fifteen minutes in the aggregate.

Trauma to one’s humor/laughter apparatus can be inflicted by abuse, by accidental injury, and in the normal course of human life events. We will look at the abuse type of trauma in some detail in this writing.

The accidental traumas would include the ingestion of various substances including alcohol, manganese, anesthetics, and narcotics; and could include brain injury, tumors, and other neurological conditions including dementias. Life event traumas that affect, i.e., compromise, humor and laughter would include misconceptions and misinformation, grief, PTSD, physical illness, mental illness, addictions, and other significant life stressors. I believe these can often be successfully addressed by laughter therapy.

Elsewhere, about twenty years ago, I have written about the conditions resulting from this trauma under the coined term “Sense of Humor Abuse”. I defined this abuse as (1) the continuation of harmful, painful, unwanted actions toward the victim even after the victim has implored for them to stop; (2) inflicting damaging actions upon the victim even if the victim does not ask for them to stop, but taking ill advantage of a difference in strength or power of the perpetrator over the victim; or, (3) the perpetrator teaches the victim false, erroneous information and/or beliefs that weakens the victim’s ability to develop adequate emotional and physical defenses and, hence, inadequate functionality as a mature adult.

Now, with a deeper understanding of the science of laughter, and a lot more experience with the results of laughter therapy, I can expand on and update my thinking about the process. For one thing, I would add that the method being developed addresses significant deficiencies in authentic, true, mirthful laughter.

This new therapy is a necessity based on the assumption that many cultures precipitate widespread emotional trauma by prevalent toxic humor and toxic –including erroneous– attitudes about laughter. These traumas manifest in many ways. We assume that almost everyone who would seek or benefit from the therapeutic laughter experience has experienced one or more types of this trauma, and would find it advantageous to have a suitable remedial experience. I will give just a few examples here.

Laughter/humor trauma often begins with the victim in childhood. It may be inflicted by a peer or adult. It can cause people to reach the point where, among other symptoms, they express that they have “lost their laughter” or “forgotten how to laugh”; they stifle their uninhibited joyful, mirthful laughter for fear of criticism; and, they do not develop humor and laughter as resources for a healthy, balanced life. These are just some examples.

Almost every person who attends a therapeutic laughter session remembers being on the receiving end of sense of humor abuse (a figure of speech that we will have to work with for now), such as:
“You laugh too loud.”
“You snort… or cackle… or sound like a horse laughing.”
“Stop your giggling and settle down!”
“Grow up!”
“Laugh before breakfast and you will cry before supper.”


The victim gets, often repeatedly, ego-deflating criticism, blame and even punishment for laughing. Humor/laughter abuse may also show up in the familiar blame-the-victim scenario associated with teasers, ridiculers, and other abuses delivered as insults or ‘zingers’. The abuser hides behind rationalizations of blame by which the victim may be admonished as:
“You can’t take a joke.”
“I was only kidding.”
“You are too sensitive.”
“You have a lousy sense of humor.”

Having felt the mortifying sting of rejection or the implication of being flawed, the victim typically attempts to modify something about their laughter, which may have been perfectly natural and genuine for them. In hopes of find acceptance and love, they adopt a false laugh by modifying the pitch, tone, timing or frequency of their own laughter. They practice this false laugh until they forget that there ever was an original, authentic, natural laugh. Such false laughter can never induce the mirth nor have the powerful physiological correlates of authentic laughter. The victim arrives at adulthood with less than adequate ego defenses and resources for happy, fully functional maturity. The therapeutic laughter experience contributes to correcting this condition.

Getting the laughter therapy cart and horse in the correct order
We would not withhold cough medicine and give it only when the patient has earned it by stopping coughing. The medicine, especially in our program, often mistakenly looks like the reward but should not be withheld until the cure is effected.

In the WLT method, Certified Laughter Leaders (CLLs) expose participants to the therapeutic potential of mirthful laughter through a systematic, repeatable, and educational program. More or less, the fun comes first, last, and if we can manage it, in a manner of speaking, always. Such experiences turn out to be emotionally corrective.

Fun, mirth, attentiveness, support, encouragement and proper information are the heart of the experience in the laughter therapy circle, along with the invitation to examine and adopt a healthier life style through healthier attitudes. This is done systematically and is quite advantageously repeated until the participant can carry on the process independent of the formal laughter therapy session, with self-education and, perhaps, occasional returns for ‘booster shots’.

The adage says that “all work and no play” makes Jack dull because it is an unhealthy, unbalanced lifestyle. A full, rich life echoes with laughter, and is anything but dull. Conventional wisdom has it that fun, relaxation and laughter are rewards that come after being earned through hard work. This is also known as “saving the best for last.” WLT takes the unconventional position that the remedial experience is, of necessity, mirthful and uplifting, i.e., it is one of eating dessert first.

The ability to participate in and create spontaneous, uninhibited, joyful, mirthful laugher with others and for one’s self is one of the most important characteristic goals of the therapeutic laughter method. Fun and laughter and loving support are both the “medicine” and the sign that it is working.

People who fear laughter
I will sometimes refer to those who have been traumatized by sense of humor abuse as people who fear laughter. It is a figure of speech I will use for now, recognizing that it deserves further elaboration down the road. It is not the laughter that they fear but the awful repercussions they have come to associate with laughter.

They need to be heard, listened to, protected from further trauma, and given remedial corrective emotional experiences.

Creating a laughter therapy environment
Albeit quite fun, the WLT CLL has training, education, and support for creating the environment most likely to engage the participants in corrective emotional experiences. Techniques, including specific attitudes and group leadership, are used by CLLs to help participants be amenable to enthusiastic participation.

Programming is largely about imparting accurate information and ego support and encouraging participation that gives each person their own ‘data’ upon which to judge the values of the experience. The CLL often begins by pointing out that many different activities and aspects of laughter have been described or proven to be beneficial; gradually, over time, these benefits are enumerated. Typically an activity may be viewed by adults as silly, or as a diversion. The CLL explains and demonstrates that these ‘therapeutic devices’ are actually exercises in life-skill development, in socialization, in stress reduction, and a supplement to their education, or other healing processes in which they may be engaged: physical, mental, emotional or spiritual.

Above all, the process of the therapeutic laughter activity must be managed so that it does not damage anyone, for example by deliberately highlighting a known weakness. Beyond this, it needs to be able to release tension, minimize frustration, and accommodate to the group’s cognitive development and also to any norms of the group, start gently, finish gently and only go on for as long as conditions are favorable.

The CLL training has three over-riding objectives. Successfully completing the basic training course, the CLL will be better able to
•  Use information from many sources including Gelotology (laughter science), Positive Psychology findings, knowledge of ancient practices, and modern clinical, counseling, healthcare, educational, consulting, corporate, and volunteer work.
•  Help their clients use life energies to choose and modify their life and work directions, and bring mirthful laughter to life.
•  Identify emotional and attitudinal factors that improve health and increase happiness & life satisfaction for clients, patients, residents, and students.

Based on the anecdotal evidence provided by more than 6,000 people already trained in laughter therapy, I believe that a well-founded, systematic, humanistic therapeutic laughter program can successfully address concerns of humor/laughter trauma and health & happiness, and bring about improvement in a wide variety of conditions. I eagerly await and encourage the gathering of scientific evidence as well.