Following the Academy Awards this week (2/22/2015), came an article in the UK Daily Mail. Do you read reports like this with a critical eye?
As I was reading this one, I found myself wondering, “In what way is this ‘science’? Where can I find the citations to the original studies? How credible is information that has been simplified (dumbed down?) for popular consumption, i.e., referring to the activation of neuro-physiological responses as ‘tricks’?”
In this particular case, I’m asking, “Who makes the rules? Are the rules that are attributed to neuroscientist, Jeffrey Zacks, similar to scientific laws, e.g., gravity, thermodynamics; or, are they merely theories, or perhaps just speculation worded in popular idiom? At one end of the scientific credibility spectrum, laws of science are so well replicated and so highly probable of predictable outcomes that they are indisputable. Theories fall toward the center of the spectrum as suspicions of predictable outcomes that are not necessarily highly verified. Speculations are way at the other end of the spectrum, with little or no particularly reliable predictability.

I am also asking, “How does Zacks’ mirror rule square with the theory of mirror neurons, which holds that the contagion of emotions has a particular neurological basis making it more complex than simply imitative behavior? According to the Wikipedia entry on mirror neurons, “Neuroscientists such as Marco Iacoboni (UCLA) have argued that mirror neuron systems in the human brain help us understand the actions and intentions of other people. In a study published in March 2005 Iacoboni and his colleagues reported that mirror neurons could discern if another person who was picking up a cup of tea planned to drink from it or clear it from the table. In addition, Iacoboni has argued that mirror neurons are the neural basis of the human capacity for emotions such as empathy.”
Unlike the piece in the Daily Mail, that Wikipedia entry includes some cautionary notes: “It has also been proposed that problems with the mirror neuron system may underlie cognitive disorders, particularly autism. However the connection between mirror neuron dysfunction and autism is tentative and it remains to be seen how mirror neurons may be related to many of the important characteristics of autism. Despite the excitement generated by these findings, to date, no widely accepted neural or computational models have been put forward to describe how mirror neuron activity supports cognitive functions such as imitation. There are neuroscientists who caution that the claims being made for the role of mirror neurons are not supported by adequate research.” In your opinion, how important is it to include such cautions?
When we say that laughter is contagious, or when I salivate while I imagine biting into a lemon, did I not have a real and complex physiological experience? Is the fight-or-flight response of the central nervous system merely a habit? 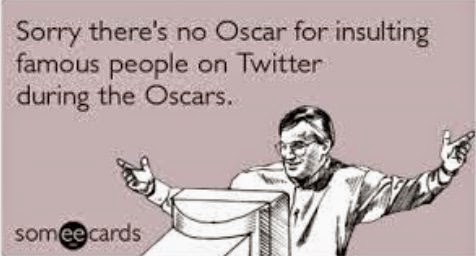