“The only valid censorship of ideas is the right of people not to listen.” ~Tommy Smothers

“Censorship is saying: ‘I’m the one who says the last sentence. Whatever you say, the conclusion is mine.’ But the internet is like a tree that is growing. The people will always have the last word – even if someone has a very weak, quiet voice. Such power will collapse because of a whisper.” ~Ai Weiwei

Through the ages, humor and laughter have dogged dictators and politicians. Some have gone so far as to outlaw them. It is happening again, albeit in a very modern way and with a twist: the focus is on the comedy movie, “The Interview”.
Is the current flap based in politics? Religion? Personal tastes? National security? I have a feeling that this attempt at squelching comedy is a dangerous censorship based in fear.
It’s nothing new but, as with any attempt to abridge our rights, it is critically important that we understand what’s going. It’s not only the United States that holds dear the right to freedom of speech, it is every other freedom-loving country. The better we understand what’s going on, the more strongly we can hold tight to our precious right of free speech. Put simply, we respect individual differences when we say, “It’s different jokes for different folks.”
“The first condition of progress is the removal of censorship.” ~George Bernard Shaw
A true pioneer in the study of humor and laughter, my friend and teacher, William F. Fry, Jr., explained and illuminated ideas about misconceptions of humor, liberation therapie, humor and the social potpourri, the biology of humor, political correctness, and much more. He was prescient; a deep thinker, humanitarian & scientist, and a fine writer.
History Repeats Itself
Always ahead of his time, early on Bill was talking about “Fear of Laughter” as if he knew that we would have to confront and understand the issue again and again.  His observations help to illuminate for us the current events around Sony’s decision not to release “The Interview”, a comedy movie. Here are excepts from Bill’s keynote presentation at the 6th International Conference on Humor and Laughter in Tempe, Arizona, April, 1987.

“Despite the awareness of humor as a valuable and generally beneficial element in human existence, some strange anomalies have arisen during the centuries, regarding human attitudes about humor. There have been — and are — people with very negative views on humor. Various people consider humor to be frivolous, inconsequential and unimportant, vulgar or repulsive, disgusting, hostile, threatening and aggressive, fearsome.

“These negative views may appear as individual evaluations, or they may be majority attitudes of entire populations. On certain occasions in the history of Western Civilization, humor has actually been banned, forbidden, repressed by prosecution carried forth by ruling persons or groups. Although such extremes are not the common rule, they are also by no means totally
idiosyncratic and rare.”

“This type of fearful repression was also found in Nazi Germany (1930’s), with the establishment of a special court commissioned to try cases of people creating humor about Der Fuehrer, his gang and their lunatic philosophies. Humorists and comedians were sentenced by the court and some were actually executed for this crime.

“It appears that a major source of the fear of laughter is the power of humor in human life. If humor and laughter were, in fact, as trivial and inconsequential as has been expressed at various times, there would be no cause for display of negativity and rejection. However, as we can recognize, humor and laughter are powerful elements of human life. They are elements which must be dealt with, not ignored or rejected.

“The issues of power over humor are primarily concerned with the question of “who’s in control?”. There should really be no question on this score. We are the experts and it’s our humor, our laughter. We receive the benefits of our humor and laughter. To fear these powerful parts of our lives, to scorn, trivialize, reject them runs counter to the facts about them and counter to our own best interests.” (Bold added.)

In the long run, humor wins, but we must be vigilant and active in protecting our right, perhaps our obligation, to make satire and parody, and even to make bad jokes.

“An attack upon our ability to tell stories is not just censorship -it is a crime against our nature as human beings.” ~Salman Rushdie 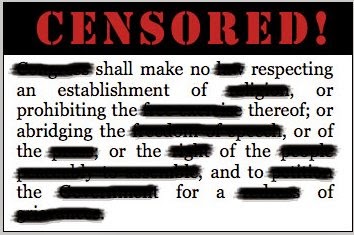