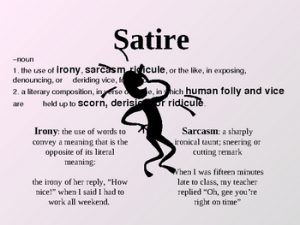 This year, I have written more clinics on satire than on any other aspect of humor because events have given rise to more satire than ever before.

Let’s understand satire and applaud it as a use of humor to express feelings, to resist tyranny, to provide perspective, and to reveal truths. TGFFS: Thank Goodness For Free Speech!

“Satirists are soldiers of free expression, fighting with the only weapons they have, their minds and their pens. Their goal is not to destroy their enemies, but to reveal the truth about them—and this they do not by angry denunciation, but by exaggeration, mockery, and ridicule.”
Dr. Mardy Grothe

From  “The Importance of Satire and Satirists in Human Life”

“The American Heritage Dictionary defines satire as ‘A literary work in which human vice or folly is attacked through irony, derision, or wit.’ Satire and related terms like caricature, burlesque, parody, lampoon, mockery, and even sarcasm, all have one thing in common: someone (or something) is represented by a critic in an exaggerated or distorted manner in an attempt to expose foolishness, hypocrisy, sanctimoniousness, or worse.

“Satire goes well beyond ‘literary’ works, of course, and has been successfully employed on stage and screen (think Saturday Night Live) comic books (think Mad magazine), and animated cartoons (think The Simpsons). I’ve never been good at writing satire, but I’ve greatly admired it when done well. My first exposure came when I first read Voltaire’s Candide in college. A few years later, I was hooked on the satirical genius behind the Smothers Brothers’ weekly TV show. In general, all satirists are similarly motivated: they want to expose the vices or folly of powerful people and institutions.

“Given the longstanding tradition of a Free Press in Western democracies—in which no ‘sacred cow’ or religious tradition is spared from satiric examination—it’s easy to forget that satire can be a dangerous business, as we saw in 2015 when two masked gunman assassinated Charlie Hebdo staffers in Paris, or a decade earlier when riots erupted around the Arab world after a Danish newspaper published cartoons challenging a popular Muslim taboo. What grievous offenses had been committed? The depiction of images of the Prophet Muhammad thinking, ‘It’s hard being loved by jerks’ or saying to a group of suicide bombers at the Pearly Gates, ‘We’ve run out of virgins!’”

Political cartoons are an example of satire. 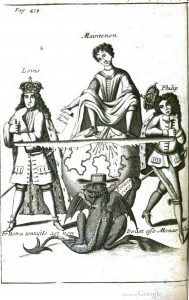 “Satire is a wrapping of exaggeration around a core of reality.” — BARBARA TUCHMAN

“A satirist is a man profoundly revolted by the society in which he lives. His rage takes the form of wit, ridicule, mockery.” — GORE VIDAL 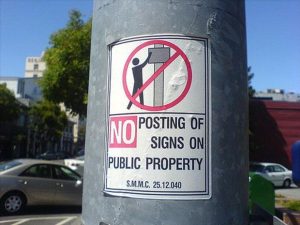 Find classes, books & other resources that will help you embrace humor and laughter for joy, health, and peace.