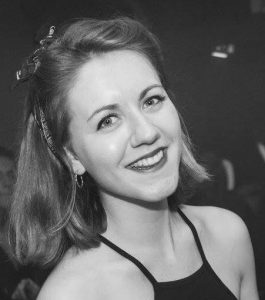 [Sophie Protheroe is a student at Imperial College London. This article was written as part of her master’s course (MSc Science Communication). For this paper, Sophie received ‘distinction’, the highest grade.]

The science of laughter is no joke. Scientists have recently revealed that laughter releases endorphins and creates social bonds. Laughter is an important factor that allows humans to build and maintain large social networks.

Finnish and British Scientists at the University of Turku, the University of Oxford and Aalto University have revealed that social laughter creates pleasurable sensations and increases the release of endorphins and other opioid peptides in the brain areas controlling arousal and emotions. Opioid peptides are known to be linked to attachment behaviour and responses to stress and pain.

The researchers used positron emission tomography (PET), a neuroimaging technique, to measure laughter-induced opioid release in 12 healthy males after watching 30 minutes of laughter-inducing comedy clips with their close friends, compared with spending 30 minutes alone in the testing room. “In the PET studies, you can actually see that the endorphin system is firing up as a consequence of laughing,” explains Robin Dunbar, Professor of Evolutionary Psychology at the University of Oxford and author of the study.

The more opioid receptors the participants had in their brain, the more they laughed during the experiment. The opioid system might account for individual differences in sociability.

The pleasant and calming effects of endorphins signal safety and promote feelings of togetherness. “Cultural anthropologists think that laughter preceded the development of language,” says Steve Wilson, psychologist, laughter therapist and founder of World Laughter Tour. “People who are born blind and deaf laugh, and the infant in the crib only 3 weeks after birth, under the right conditions, is giggling and chuckling before it has any semblance of complex language,” he says. “Laughter is a signal that you’re safe here and we’re not going to hurt you – the theory is that laughter creates social bonding,” he says.

“People laugh when they feel comfortable, when they feel safe and when they like the people that they’re with – it’s a sign that the situation is going well,” says Professor Sophie Scott, UCL neuroscientist and occasional stand-up comedian. “We think that in long-term relationships, both friendships and romantic relationships, laughter is a very useful way of regulating emotional states; couples who are better at using laughter to deal with stressful situations are the couples who are happier,” she says.

Other primates maintain social relationships by mutual grooming, which induces endorphin release. However, this is very time consuming. “The problem with grooming is that it’s very restrictive in the number of individuals you can do it with and that sets an upper limit on the size of the group,” says Dunbar. Laughter allows us to bond with multiple people at once. When people laugh together, they experience similar chemical responses in the brain, creating social bonds.

But not all types of laughter create the same potential for social bonding. “The various benefits that we can derive from laugher will come when three things are happening at the same time: humour, laughter, and the emotional state called mirth – I just call it amusement,” says Wilson. “Your brain is very smart and knows when you’re having a real or a fake emotion,” he says.

It’s not clear whether we get the same endorphin kick from polite laughter as from real laughter but scientists think it’s unlikely. Polite laughter puts much less pressure on muscles of the chest wall and doesn’t empty the lungs. “What triggers the endorphin system is essentially the pain the lungs and chest are put under when you force air out, that’s why you end up feeling like you’re dying of laughter,” says Dunbar. Without that endorphin kick, non-Duchenne laughter is less likely to create strong social bonds. “Non-Duchenne laughter has more similarity to a smile than to a laugh proper, it’s more like a submissive behaviour,” says Dunbar.

Laughter is found in non-human animals too, from great apes to rats. “Chimpanzees and gorillas laugh and it looks and sounds pretty much like human laughter,” says Scott. However, laughter in non-human animals has a different role. Monkeys use laughter in play and great apes use it in a social context but humans have exaggerated the behaviour dramatically, making it more stressful on the muscles of the chest, resulting in the release of endorphins which aids social bonding.

The importance of laughter to human relationships is evident from our everyday interactions. “If you get cornered at a party with somebody who never smiles or tells a joke or laughs, your response very quickly is trying to find somebody else to talk to or making a dash for a drink, preferably a very stiff one. Whereas if somebody laughs a lot and tells a joke, it engages people around them and ramps up the social atmosphere,” says Dunbar. “Laughter plays a very important role in terms of the oil that smooths the social machinery; if we didn’t have laughter, we wouldn’t be able to sustain such big social networks,” he says.

Steve Wilson Cheerman of the Bored

World Laughter Tour is pleased to continue the practice of supporting students at all levels who show an interest in  laughter, humor, and well-being.

The evidence for potential of therapeutic benefits of laughter & humor is in! One impressive theory holds that negative events in our lives create neural connections, chemistries and psychological states that keep us ‘locked’ in negativity, and not able to enjoy the best of health nor the best of life. Laughter (and tears) can discharge those tensions and unlock those states. Then humor gives us a way to reframe those events and states, improving the likelihood that we will enjoy the best of everything as we go forward. Learn how one becomes a laughter therapist or laughter coach. Take classes approved by several professions for continuing education, or find resource materials at our website. Join us in celebrating humor, laughter, and mirth for all of their beneficial purposes.