If you are not already a fancier of puns, I hope, with this mashup of deep thoughts and word play, to convince you to become one. I have been hearing, reading, and uttering puns most of my life. Sometimes called ‘topsy-turvy’ humor, puns will elevate your intellect. Just look where they’ve gotten me!

What is it about puns? We have heard that people who make too many puns should be PUNished by being sent to a PUNitentiary.

The Wikipedia definition is rather boring but accurate: The pun, also called paronomasia, is a form of word play that suggests two or more meanings, by exploiting multiple meanings of words, or of similar-sounding words, for an intended humorous or rhetorical effect.

It turns out that paronomasia (gesundheit!) is nothing to sneeze at.

Don’t be a humor snob. Groaning and rolling your eyes is a normal reaction to pun. Almost a reflex, it is often a sign that the pun was well done, not at all a put-down.

Why is television called a medium? Because it is rarely well-done.

Punning has been credited as the fundamental concept behind alphabets, writing, and even human civilization. Puns have a long history in human writing (Sumerian, Egyptian, Roman, Chinese, Iraqi, Japanese, Tamilese, Mayan).

Here are ten psychological explanations about puns from Harvey Mindess, mashed up with actual puns to break the tension and unabashedly humor you into loving -and making- puns:

1. Puns have been called the weakest form of wit. They rarely result in a peal of laughter, but are greeted with a groan or, at best a grin. We accord them, nevertheless, a place in the household of humor, for they share a common heritage with their more illustrious relatives.

What’s the worst thing about throwing a party in space? You have to planet!

2. Punning requires and develops flexibility. In each instance, a familiar words acquires increased meaning. Instead of being confined to its usual connotations, it is made to suggest two different things at the same time. [FLEXIBILITY is one of the six practices of Good-Hearted Living] 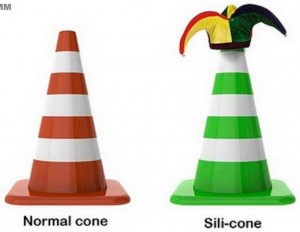 3. This is amusing the because of the trick of saying a new thought with old words, or a double thought with a single word, affords us a sense of mental expansion, (whereas) adherence to correct verbal usage inhibits the natural play of our minds.

Yesterday a clown held the door open for me. I thought it was a nice jester.

4. Punning at any level excites expanded ideation, a creative escape from the inhibiting rigors of words. 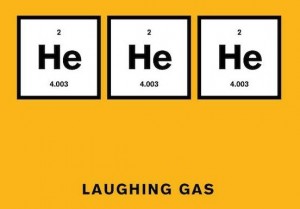 5. Inveterate punsters tend to be highly literate people: teachers, writers, and other intellectuals who frequently resort to words to communicate their subtlest thoughts.

I ate too much Middle Eastern food. Now I falafel.

6. The pleasure we derive from puns is compound that by the connotations of the newly created expression. 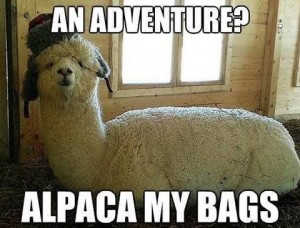 7. To cultivate our sense of humor further, we must become prestidigitators of words.

I serve my eggs Benedict on a golden platter. There’s no plates like gold for the hollandaise.

8. The task (of punning) is one of becoming a master of language instead of it’s the servant. 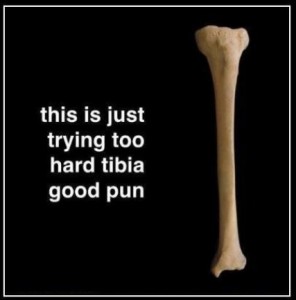 9. The more we can enjoy and produce that kind of frivolity, the closer we come to the ground in which humor thrives.

A Charles Dickens martini: no olive or twist.

10. In encouraging us to fool around with our verbalizations, punning lubricates the cogs of our mentality. (That’s why I get up oily in the morning… just to make puns.)

It was an emotional wedding. Even the cake was in tiers.

Pun dates for pundits (or pun ditzes):
In the USA, “Save the Pun” week is celebrated in early January.

Saturday, May 7, 2016, is the date for the 39th Annual O. Henry Pun-Off World Championships in Austin, Texas, where the competition will be in tents!

Resources:
“Get Thee to a Punnery”, by Richard Lederer, Wyrick & Company, 1988.
“Cruel and Unusual Puns”, by Don Hauptman, Dell Publishing, 1991.
THESE PUNS ARE TEARABLE

Please join me on Facebook, Twitter, and LinkedIn. My posts are humorous and serious, jokes and studies, spiritual and scientific, philosophical and corny… sharing with you some of the most incredibly wonderful discoveries I have made on the topic.
Please share this with friends and visit our special website to find a slew of FREE humor resources (and a few that you can purchase). If you are wondering how you can possibly celebrate humor for a full month, this is the website for you.

Wishing you a very happy and healthy Humor Month!!!

Thanks for sharing the joy and wonderment of humor with us.

Learn “How to Create Therapeutic Laughter” in a 2-day workshop that includes a full year of follow-up coaching and support.