0
0
0
0
Share with your friends
Submit
During the time in my life when my flower-child hippie side was more conspicuous, there was lots of interest in vibrational energy. There was fascination with Far Eastern spiritual practices like Trancendental Meditation, and chemically-induced ‘insights’ to the interconnectedness of all and everything. We spoke of auras, mantras and chakras, and the importance of being here now. We referred to picking up on the vibrational energy of people and situations as “vibes”. The vibes could be good or bad, foreboding or comforting: Hey, man, I like the vibes in this coffee house.

There is now compelling contemporary evidence that vibrational energy is  real, detectable and influential. According to the Institute of Heartmath, “Every cell in your body is bathed in an environment of magnetic forces which are invisible to the human eye. Numerous rhythms within your body can synchronize with solar and geomagnetic activity.”

Tradition, Not Literalism
According to Jewish tradition, on the evening when Rosh Hashana begins the world has a birthday. By this measure, this year on September 4 on the secular calendar the world became 5774 years old.

In the Jewish religion, the ten days starting with Rosh Hashanah and ending with Yom Kippur are commonly known as the Days of Awe or the Days of Repentance. This important period, which always occurs in the autumn, is devoted to serious introspection, a time to consider the sins of the previous year and repent before Yom Kippur. Among the customs of this time it is common to seek reconciliation with people you may have wronged during the course of the year. These are days that call for sincere personal reflection and affirming better intentions for the coming year. This holiday is both solemn and joyous since it is both the Day of Repentance or Day of Judgement and the birthday of the world. 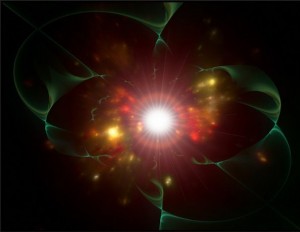 What does that have to do with laughter therapy?
One of the basic principles of laughter therapy is that the method and programs are non-religious; participation is not restricted by religious belief. An important part of our therapeutic strategy is to be open to welcome everybody. Proselytizing is not permitted. Group prayer, in the traditional form of spiritual communion with a deity, is not part of the program.

Recent scientific evidence points to important distinctions in human well-being depending on whether your happiness is hedonic-based (feel-good pleasure), or eudaimonic-based (virtue or altruism). This research strongly suggests that our well-being depends more on meaning than happiness. Another study, using fMRI technology, revealed that brain activation patterns are specific to particular induced (genuine) emotions. Extrapolating from these findings, I infer that inclusion of activities such as Good-Hearted Living(tm) along with activities that induce true mirthful laughter makes for a program (laughter therapy) that is more likely to lead to well-being than one that has people doing only laughter exercises, or worse, faking laughing.

As we continue to illuminate the human condition, especially our understanding of the better nature of humankind, we have expanded laughter therapy from a simple set of so-called laughter exercises to activities that go beyond the act of mirthful laughter. We incorporate the promotion and cultivation of the attitudes, emotions, and conditions that incline people to laughter; affirmation, meditation, ‘holding a good thought or positive intention’, and contributing to community and society are encouraged. 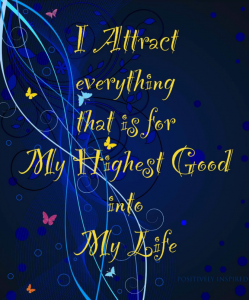 Speaking most broadly, prayer does not have to involve a deity. When seeking solutions to human problems, one can concentrate on thanksgiving, earnest requests, petitions, or entreaties to oneself, one’s neighbors, government, or to the energy of cosmos.
“Days of Awe” – What’s that? And, what does that have to do with laughter therapy?

Awe is one of the most wonderfully healthy emotions. I would put it as one of the top 5 significant emotions a human being can experience (gratitude and hope are two of the others).
In contemporary vernacular slang, awesome is a simple shorthand way to refer to something that is very impressive: That new white convertible is totally awesome.
More traditionally (and therapeutically) it is an overwhelming feeling of reverence, admiration, fear, etc., produced by that which is grand, sublime, extremely powerful, or the like. Something that is ‘awesome’ has the power to inspire fear or reverence. Combining the two usages, it refers to something that is so wonderful and impressive, often something in nature, that it blows your mind: That sunset was awesome!

Laughter therapy is an eclectic method that has roots in Norman Cousins’ now well-verified belief that in addition to humor and laughter, all of the positive emotions are beneficial for human beings. “Careful readers of my book [Anatomy of an Illness], however, knew that laughter was just a metaphor for the entire range of the positive emotions. Hope, faith, love, will to live, cheerfulness, humor, creativity, playfulness, confidence, great expectations–all these, I believed had therapeutic value” (p. 50).

All of that said, here for your consideration is the Days-of-Awe prayer written by Rabbi Howard L. Apothaker, Temple Beth Shalom, New Albany, Ohio, for inclusion in their Yom Kippur 5774 religious services.

As you read these virtuous ideals, you may want to focus on them verbatim (as written) or consider trying this prayer as a series of affirmations, meditations, mantras, or visualizations of intention for a better world. You may want to substitute “We pray” with words that are more comfortable or meaningful to you, such as “I contribute to…” or “I focus on…” or “I visualize…”. Experiment to find the words that suit you best. 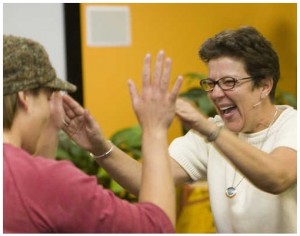 The thoughts you hold become your actions and your character and your destiny.These are some pretty good thoughts to hold onto. Concentrate on them and let them guide your actions. They resonate with virtuous ideals. The more you think and act on these, the more likely you are to enhance your well-being. And, with each step closer to these conditions, the more likely you are to experience good vibes, man, well-being, and true mirthful laughter.