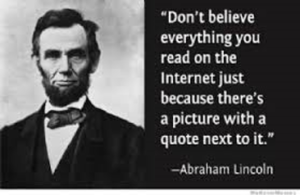 
By Steve Wilson, Psychologist, The Joyologist

“Two of the most dangerous words in medicine are “studies show”. Jerry Adler

“I will not report on any amazing new treatments for anything unless they were tested in large, randomized, placebo-controlled, double-blind clinical trials published in high quality peer-reviewed medical journals.” Jerry Adler

“Complementary and alternative medicine: A scientific term for ‘something you heard about from your hairdresser,

who thinks she saw it on ‘Oprah”. Jerry Adler

Would we be better off if we would laugh longer and more often? Is there such as thing ‘enough’ laughing? Is there a Recommended Daily Allowance (RDA) for laughter? My answer is YES! I support my proposal with what I believe are logical arguments and I ask you to try it for yourself.

The original so-called study never really happened. The report claiming that laughter has quantifiable benefits comparable to those of physical exercise was attributed to my friend and mentor, Dr. William Fry, Jr. A few years ago, when I asked him about it, he was amused and chuckling as told me he practically made up the whole thing.

What Dr. Fry said about what actually happened

He told me that reports which are usually attributed to him, are references to something that, years ago, he related to a women’s magazine reporter who asked about the relationship of the benefits of laughter to the benefits of physical exercise. Dr. Fry assured me that he made up the idea of the “study” in his bedroom. He meant his comments to be tongue-in-cheek, humorous, presented in mock seriousness, but they were taken literally. He never expected it to be taken seriously in an article in “a woman’s magazine’.

The reports were, at best, pseudo-science.

What he did was to place his fingertips on his carotid artery to measure his heart rate after two minutes of self-induced laughter and again after ten minutes of activity on his under-the-bed fold-up rowing machine. His heart rate, he told me, was the same after each test, 100 beats per minute. Without adding any further explanation, he told the reporter that “an unpublished study showed that the effect of laughter was the same as the effect of exercise.” To his chagrin and amusement, the reporter took him to mean that it was settled science.

The story was published and took off in public repetitions portrayed as a valid empirical (scientific) medical study. It has been repeated in many forms, such as comparing laughter to riding a bicycle, jogging, or any aerobic exercise. None of that was true, but it made a fascinating story. Dr. Fry thought it was a humorous misunderstanding, but he couldn’t make it go away.

Laughter is one of a number of positive emotions that have some kind of therapeutic value. However, it’s not a replacement for chemo, radiation, and other medical treatments. For an excellent summary of the studies on humor and healing, see Dr. Diana L. Mahony’s article “Is Laughter the Best Medicine or Any Medicine at All?”

Joyology is the brainchild of psychologist Steve Wilson, award-winning author, speaker, and internationally recognized expert on psychology applied to life and work. He is the founder of the World Laughter Tour, based in Columbus, Ohio, where he and his wife, Pam (the Empress of Everything), head up the World Laughter Tour. Steve is also Director of National Humor Month.  Visit his websites and contact him at 1-800-669-5233.