ALL YOU NEED TO KNOW
By Steve Wilson
Copyright 2015, All Rights Reserved 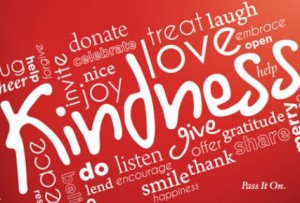 Norman Guitry grabbed our attention with his first sentence, “Everything you need to know about mental health can be summed up in only two words.”

Norm was tall and had a distinguished bearing. White-haired. Gentle. Soft-spoken. Articulate. Caring. A man dedicated to humanitarian service, Founder of the Mental Health Association of Franklin County (Ohio). Norm taught what is probably the single most important lesson in human relations and mental health. It is elegant in its simplicity and as powerful a truth today as the first time I heard it, in September, 1973.

I was teaching a freshman class in mental health and I had invited Norm to present the very first guest lecture. He was a member of our distinguished Community and Professional Advisory Committee, and he had immediately and graciously accepted the invitation. I was delighted to have him come to our class, but had no idea of the profound impact he would have on all of us. Or, that I would teach his lesson many, many time through the years.

He had accepted the formidable challenge of addressing his talk to the first incoming class of students in the Mental Health Technology at Columbus Technical Institute, Columbus, Ohio. The topic was “the history of the delivery of mental health services in Franklin County”. Norm had founded the Mental Health Association of Franklin County in 1956, and he was its first president and executive director. He had been an active and effective advocate of the best interests of the mentally ill and their families for a long, long time. Norm was the Grand Old Man of mental health in our community. No one was better qualified by experience, practice and people-savvy to speak on the subject. 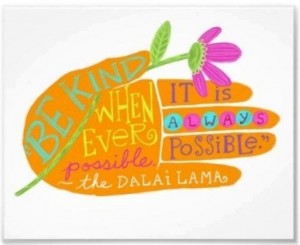 Norm gives us the word(s)
I could tell from his facial expression that he was enjoying giving this a really good build-up. More emphatically than the first time he said, “I honestly believe that ninety-five percent of the mental health problems we deal with today could be eliminated if everyone would practice this two-word prescription…if everyone would live by these two words.”

He picked up a piece of chalk and spoke the words as he printed them neatly on the chalkboard and drew a box around them.
“The two words are…. don’t belittle!”

It took several moments for us to take in what he was saying.

“Don’t belittle. Don’t put people down. Don’t make anyone feel small. Don’t be judgmental or critical in ways that diminish another person’s sense of themselves. If everyone would live by that principle you would see most of the problems that we associate with mental health problems disappear. Most of the problems of crime and abuse, academic failures, problems between bosses and workers, broken homes and addictions can be traced to low self-esteem.

“Therefore, lift people up. Respect differences. Value the uniqueness of every human being and teach them to value themselves. You can do it by the consistent practice of this uncomplicated dictum, ‘don’t belittle.’

“In the years to come,” he continued, “you will learn many theories of personality development and therapeutic techniques, but the best of them will only be embellishments on this fundamental idea. Make this your creed: don’t belittle. I wish you the best of luck and great success in your noble endeavors in the field of mental health. And remember: you now know the most important principle for mental health, human relations, peace of mind, and love in your heart. Remember it. Teach it. Live it. Don’t belittle.” 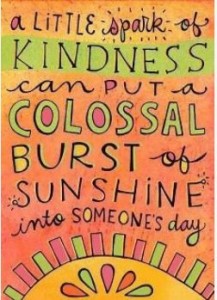 Steve Wilson, president of World Laughter Tour, Director of National Humor Month, and Cheerman of The Bored, is a psychologist, author, speaker, educator, and consultant who helps people and organizations get the absolute most out of themselves while they love every minute of it. For more information about classes, resource materials, and related services, call 1-800-669-5233, or visit www.worldlaughtertour.com.